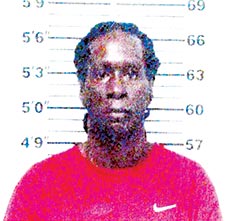 ONE CHARGED AS MAN ROBBED AT GUNPOINT

A suspicious male subject who recently appeared on Dry Fork Road in the New Middleton community was the victim of an apparent robbery and assault.

One suspect has been arrested in connection with the incident and others are being sought in Putnam County.

The investigation into the incident began when Deputy Matt Bush and Sgt. Dusty Hailey were dispatched to 374 Dry Fork Road on June 4 concerning a suspicious male who had been robbed.

According to an offense report filed by Deputy Bush, the man said he was traveling with three other males he had met at a Shell gasoline station in Cookeville around 3:45 a.m. on June 4.

The victim told police the four individuals were supposed to be traveling to Nashville to hang out with friends and to look at buying a vehicle.

The four were smoking marijuana while en route to Nashville, according to Deputy Bush’s report.

The victim told police he recalled passing an Interstate 40 exit in Lebanon traveling toward Nashville before falling asleep, according to the report.

The victim said he was awakened by a “chrome handgun to his mouth”.