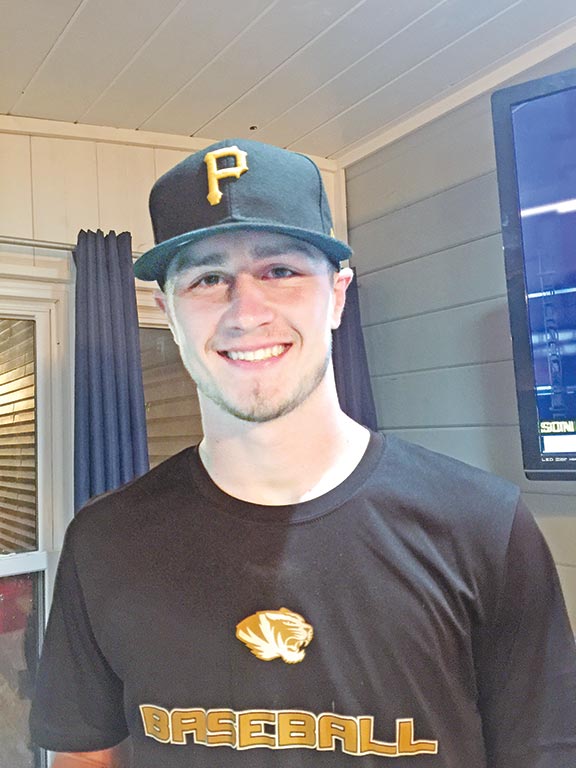 The small Smith County community of Brush Creek was thrust into the spotlight June 13 when the Pittsburgh Pirates drafted Brush Creek resident Steven Jennings 42nd overall in the second round of the Major League Baseball (MLB) Draft. “It was really a dream come true,” said Jennings about being taken in the draft. “Since I was old enough to know what baseball was, it’s been a dream of mine to play professional baseball. It really was surreal to make that a reality.” After Jennings’ name was called, the excitement quickly set in for the prep baseball star’s family and friends. “It was a little overwhelming,” said Jennings’ father Randy Jennings who is principal at DeKalb County Middle. “When his name was called it was magical, especially the look on his face. It was priceless.”

It took a little while before it sunk in for the recent draftee. “Whenever it first happened, everything was just kind of crazy,” said Jennings. “After we settled down from celebrating — jumping and hollering ­— after you actually sit down, then it really started to sink in. It felt like ‘wow this is really happening’.” The two sport athlete at DeKalb County High was a revelation late in the draft process for MLB scouts. Despite signing with the Ole Miss Rebels his junior season, Jennings had fallen off of many experts’ draft boards after suffering an ACL injury while starting at quarterback for the Tigers’ football team. The setback did not keep the MLB hopeful from recovering and returning to the mound for DeKalb County’s season on the diamond. “It was tough,” said Jennings. “I loved playing football. It’s tough whenever something like that gets taken away from you, but I was determined to recover from it as quick as I could — get back to playing baseball and give myself a good shot to climb up the draft board as much as I could.” “To go from that, to being picked 42 of all the guys in the United States that are draft eligible was really special,” said Randy Jennings about Steven’s recovery for baseball and the draft. “Obviously there are some great baseball players that will probably be future hall of famers who were picked after Steven so that is pretty humbling.” It was also difficult for Jennings’ family and support system to witness the disappointment following the serious knee injury.