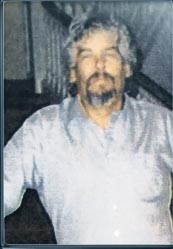 David was born in Murfreesboro, TN on March 29, 1963 to Winfred Miles Vaugh and Nancy Sloan Vaugh. He was preceded in death by his grandparents, Forrest and Margie Sloan of Murfreesboro, and Winfred and Rebecca Vaughn also of Murfreesboro. In addition to his parents, he is survived by two sisters, Wynn Graves (Kent) and Cindy Shaw (Larry) all of Gallatin; 3 nephews and 2 nieces, Brandon Graves (Amber), Gretchen Hill (Rocky) of Hendersonville, Erin Shaw, Brad Shaw (Jenay), and Bryson Shaw; great nephew and great niece, Braxton Miles Hill and Grayce McKenna Hill of Hendersonville; 2 aunts, Margaret Britton Vaughn of Bell Buckle and Betty Sloan Weigant of Murfreesboro.

David was owner of Old Hickory Dock Builder and Dock Repair, and was recognized as a master builder. He was also seriously involved in family history and wrote a book, “My Ancestral Kin”. Also in his study of family history, he discovered his kinship to Davy Crockett. He appeared on the Genealogy Roadshow, which was aired on Nashville Public Television in 2013. He received proof of his kinship to Davy Crockett. He was very active in the Sons of the American Revolution since 2010. He was named Commander of the State Color Guard. He was very creative in building replica cabins, barns, and other farm buildings. They were replicas of his great-grandparents farm and home. He also rode a flatboat from St. Louis to New Orleans. David was a member of Nashville Road Church of Christ. Online condolences may be submitted at familyheritagefh.com.

Family Heritage Funeral Home has been entrusted with arrangements.