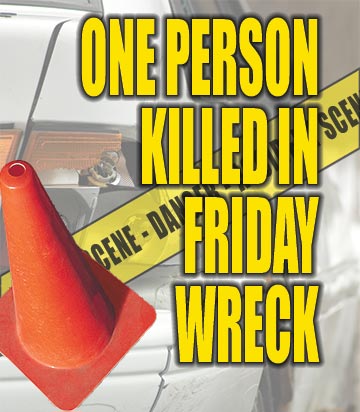 A single vehicle wreck Friday claimed the life of a 49-year-old man.

The wreck occurred around 3:32 p.m., in the west bound lanes at the 263 mile marker west of the Smith County Welcome Center at Buffalo Valley.

Louis Schnider, Bradenton, Florida, was killed in the accident.

According to investigating state Trooper Tommy Cooper’s accident report, “Schnider was traveling west bound on Interstate 40 in the right lane when his vehicle went off the roadway to the right side, striking the guard rail and traveling down an embankment. The truck portion of the vehicle rolled over onto its side.”

The victim was pronounced dead at the scene.

Emergency personnel were on the scene for several hours.