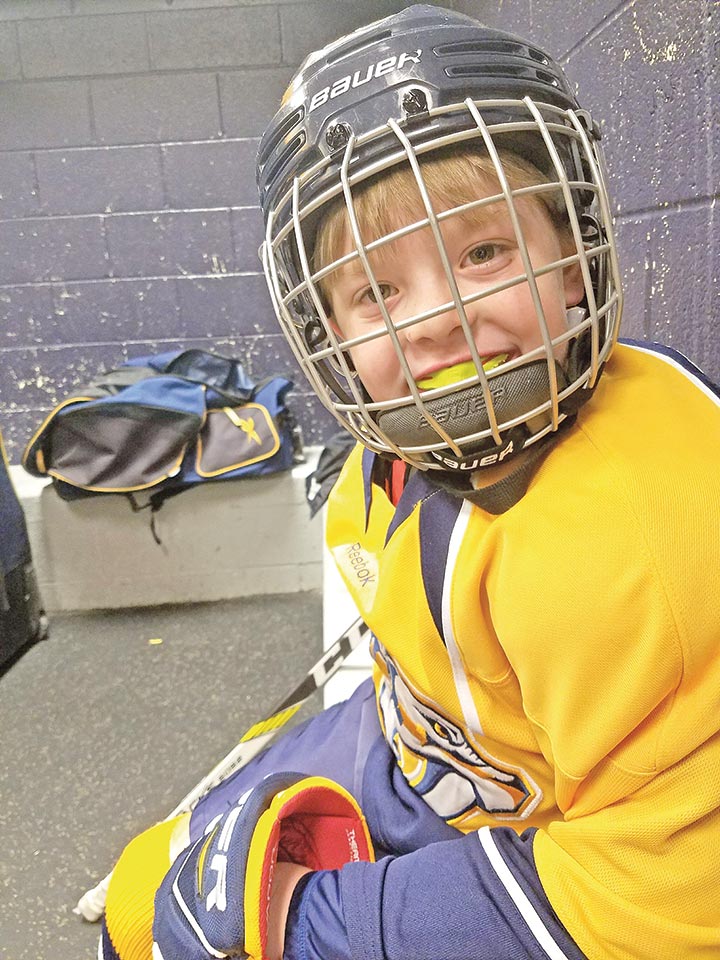 Football, basketball, baseball — these are sports many in the area picture kids participating in.

The Canadian born sport of hockey is more than likely far down on many peoples’ lists.

However, Smith County’s own Cade Ellenburg has made the sport of hockey his passion as part of the 8U Nashville Junior Predators — a youth hockey organization through the Nashville Elite Hockey Club. Cade, his parents Bo and Courtney Ellenburg, sister Betsy and the family dog Lulu reside in the Rome community of Smith County.

Ellenburg attends Union Heights School — where his teachers ask him questions about playing the sport.

Ellenburg began playing hockey on June 8, 2015 when he was six years old — as part of Antioch’s Ford Ice Center’s Go Out And Learn (G.O.A.L) program.

He was a member of the Ford Ice Center’s house leagues until August 2016 when he became part of the Junior Preds.

Cade learned how to ice skate when he was 4 years old and learned the game of hockey before beginning organized play.