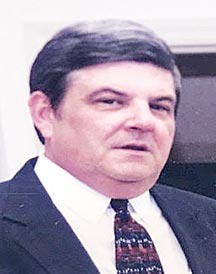 Mr. Ted Kemp of White House died at the age of 73 at 5:45 a.m. Monday morning July 31, 2017 at Alive Hospice Skyline in Madison following a battle with cancer.

Born Ted William Kemp in Detroit in Wayne County, Michigan on August 20, 1943, he was reared in the Difficult Community the only child of the late Herman Ethel Kemp who died at the age of 79 on December 4, 1979 and who was a retired longtime Smith County school bus driver and Dana Dale Gregory Kemp of the Difficult Community who died at the age of 86 on February 18, 1995 and who was a longtime nurse at the former Carthage General Hospital.

On September 7, 1962 Mr. Kemp was united in marriage to Smyrna native, the former Barbara Jean Tucker. They were married in the Difficult Community in the front yard of the Joe Powell home. The ceremony was officiated by Church of Christ minister the late C. L. “Lumas” Powell, also a Difficult Community native.

They were preceded in death by a son-in-law, Joe Townsend.

Mr. Kemp was baptized by Mr. Powell and was a member of the former Cantors Chapel Church of Christ in the Cartwright Community where he was a song leader along with the late Charlie West and Garfield Russell. He was baptized in the creek below the bridge which is now the entrance to Sutton Hollow Lane.

He was a 1961 graduate of Smith County High School where he majored in music under the late Fowler Stanton and was also a member of the chorus and participated in the Spring Festival all four years. His senior year he was chosen to sing solo “Happy Wanderer” because of his high tenor voice.

Mr. Kemp officially retired from the Service Merchandise Corporation in Nashville in 1995 and beginning in October of 1995 he owned and operated the Kemp’s Grocery in the Difficult Community until selling it in September of 1996.

Mr. Kemp proudly served our country with the United States Air Force before being honorably discharged shortly before the beginning of the Vietnam War in May of 1964.

Surviving in addition to his wife of almost fifty five years are their three daughters, Wendy Kemp Graves and husband David of Murfreesboro, Kim Kemp Townsend of Cottontown, Holly Kemp Hubbs and husband Robert of White House; five grandchildren and one great-grandchild.