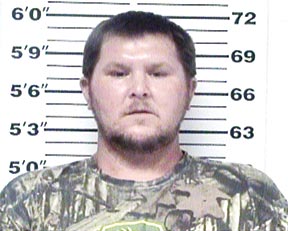 A man who has eluded police for more than a year is scheduled to be in court this week.

Bowman was scheduled to appear in criminal court on Monday, August 7 and Thursday, August 10 in connection with the charges.

According to a post on the Fifteenth Judicial District Drug Task Force Facebook page, Bowman has been sought for “more than a year”.

Bowman is being held in the county jail without bond.