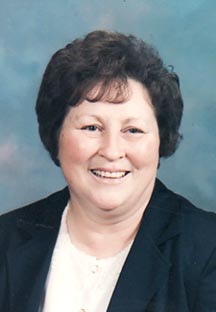 Born Shelbie Jean Sharp in Pulaski on March 19, 1937, she was the daughter of the late Charlie M. Sharp and Leslie Hopkins Sharp.

On February 4, 1966 at the Nashville Courthouse, she was united in marriage to John Turner (J.T.) Jones who survives.

Mrs. Jones had worked at the W.E. Stephens Manufacturing and later at Texas Boot. For a period of time she was a cook at the now-closed South Carthage Elementary School.

Surviving in addition to her husband of over 51 years are two sons, John Jones, Jason Jones and wife Angela all of Carthage; a brother, Charlie Wayne Sharp of Hendersonville.