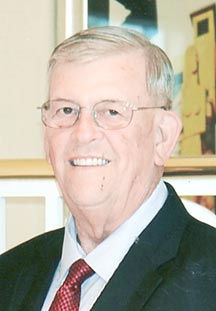 Mr. Wayne Harpe, of the Defeated Creek Community, died at 3:02 a.m. Thursday morning, August 10, 2017 at the Saint Thomas West Hospital in Nashville after a long battle with multiple health issues. He was 67.

He was preceded in death by his brother, Larry Sidney Harpe, who died December 14, 2012 at the age of 57 as a result of cancer.

On August 20, 1967 at the Cornwells Chapel Missionary Baptist Church, he was united in marriage to Defeated Creek Community native the former Peggy Ann Swann by Eld. F.W. Lambert. Mr. Harpe and his wife had recently celebrated their upcoming fiftieth anniversary on Sunday August 6th just prior to his death on the 10th.

Mr. Harpe attended Smith County High School and was employed with the William L. Bonnell Company for 45 years before his retirement in 2015. There he made many life-long friends.

Some of his happiest times were spent with his family, spoiling his grandchildren, watching sporting events, and tending cattle and raising tobacco on his Friendship Hollow farm.

He was saved at the age of 17 and was a devoted member of the Cornwells Chapel Missionary Baptist Church where he had served as Deacon since 1993.