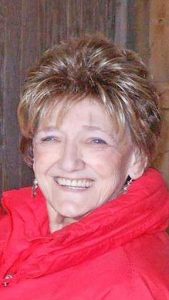 Mrs. Bryant-Kelley was at the Carthage Chapel of Sanderson Funeral Home. Graveside services were conducted by Bro. Kerry Dugan on Thursday morning August 17th at 10 a.m. Burial followed beside her husband in section three at the Ridgewood Cemetery.

She was born Martha Faye Cason in Pelzer in Anderson County, South Carolina on January 21, 1938 and was one of three daughters of the late Francis Elbert and Eunice Bernice Richardson Cason.

She was a 1956 graduate of Palmetto High School in Williamston, South Carolina.

She and her husband were managers of the Hickory Hills Apartments in South Carthage beginning in 1990 and after the death of her husband she continued the management until retiring and moving to Winslow, Indiana.