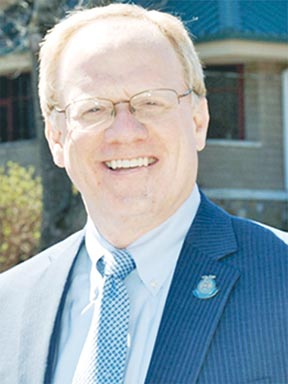 Local farmer and businessman John Rose is running for the Republican nomination for Tennessee’s Sixth Congressional District in the U.S. House of Representatives. The seat is being vacated by Congresswoman Diane Black who recently entered the 2018 Tennessee governor’s race. Rose is the eighth generation in his family to own and operate the family farm which sits on the Smith/DeKalb County line on Temperance Hall Highway near the Lancaster community. Raised in Cookeville, Rose has spent his entire life in the 6th district.

In making his announcement, Rose says he is not a career politician and plans to use his fresh perspective to effect change on the federal level. “We have spoken loud and clear in this district with our votes that we want conservative values at the center of our government; such as working to stop illegal immigration and sanctuary cities, repealing Obamacare, protection of our 2nd Amendment rights, and support for our military and law enforcement,” says Rose. “I will have President Trump’s back and fight the Washington liberals and elites, while putting Tennesseans first every single day.”