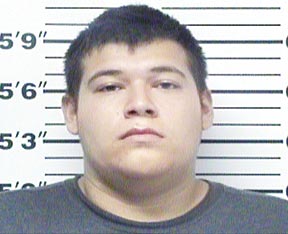 A Chestnut Mound man has been charged in connection with a child abuse case, following a Tennessee Bureau of Investigation (TBI) probe.

The man is accused of injuring a four-year-old female, requiring hospitalization at the Monroe Carrell Jr. Children’s Hospital at Vanderbilt University in Nashville.

The youth was injured at her home on Sunday, August 13, according to the TBI.

As a result of the investigation, Ralph Mendez, 20, Chestnut Mound, has been charged with one count of aggravated child abuse, according to the TBI.