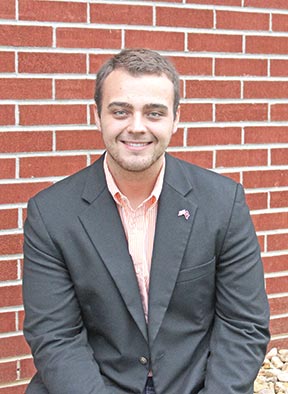 A Lancaster area resident is seeking the Republican nomination for the District 40 Tennessee House of Representatives. Chad Williams announced he would challenge incumbent Republican Terri Lynn Weaver for the seat.

Williams is a Smith County native who was raised just outside the Lancaster community and has resided in the 40th district a majority of his life. Williams labels himself as a proud business owner and civic contributor.

“Time and time again, I have been asked, ‘Why do you want to run?’ At this point, the district is very unhappy with the representation they have been receiving in Nashville. My roots are deep within the 40th district, and I find it disheartening to see and hear how unhappy the voters are with the results they are getting,” commented Williams.

“After much prayer and consideration, I have decided to take this major step in my life. Conservative values are the backbone of this district, and I will carry those same principles to Nashville. Additionally, some core foundations of our communities have been neglected, including infrastructure, public education and small businesses. I will take precedence to make those aspects top priority.”

Chad is the son of Keith and Julie Williams, also of the Lancaster community.