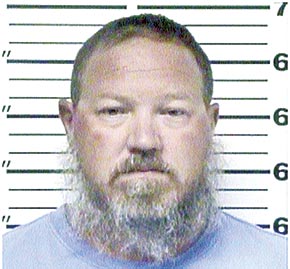 Duffy Dunbar, 44, Pleasant Shade, is charged with two counts of criminal attempt to commit sexual exploitation of a minor.

According to a warrant, Dunbar, around May/June, allegedly “messaged a juvenile asking her to send him nude photos” and “tried to initiate a get together by offering her pills, alcohol and marijuana”.