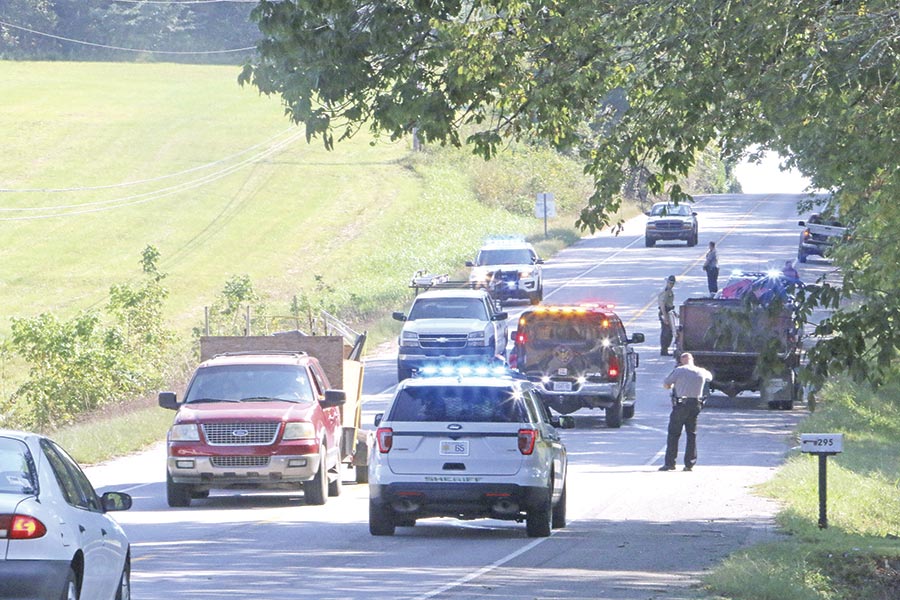 Two people were injured in a pedestrian accident on Highway 70, Monday morning.

The two individuals, one of which was a county highway department employee, were airlifted to Vanderbilt University Medical Center in Nashville by LifeFlight and LifeForce. The accident occurred around 9:15 a.m. just west of the South Carthage city limits.

Two trucks, including a county highway department 1995 Chevrolet, flatbed truck, were traveling east and had stopped to secure a load. According to investigating Tennessee Highway Patrol Trooper Mark Jones, the two vehicles had parked partially on the shoulder of the road and partially in the lane of travel when they were struck by a third vehicle, a pickup truck traveling east.

Injured in the accident were Jimmy J. Skelton, 59, Hogan’s Creek, a county highway department employee, and Wanda Fisher, 44, a Difficult resident who was driving a Toyota pickup truck. The driver of the vehicle which struck the parked vehicles was identified as Henry Hudson, 74, Defeated Road, Macon County, who was not injured.

Occupants of the county highway truck were being Good Samaritans, helping secure the load in Fisher’s vehicle. The accident is still under investigation.