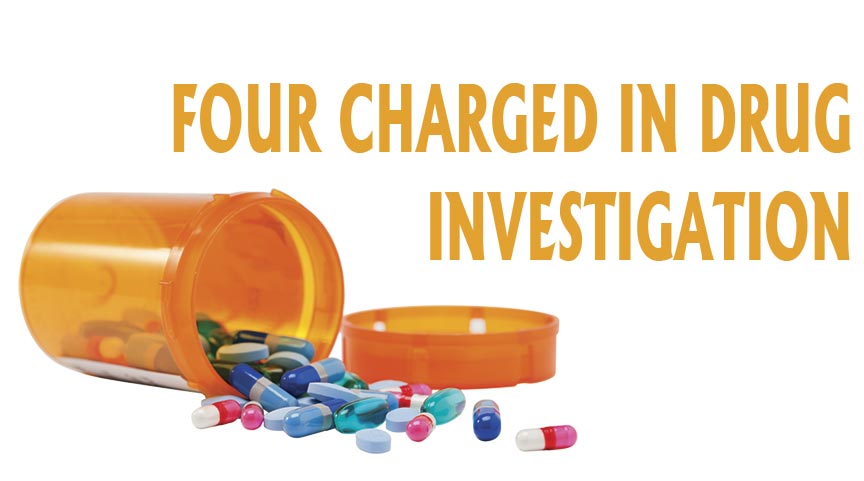 Four people face multiple charges following a drug investigation which began as a routine traffic stop near the New Middleton community. The investigation took place in the night hours of Tuesday, September 19 when sheriff’s department Sgt. Jimmy Gregory, while on patrol, spotted a black Nissan on Highway 53 near Interstate 40 traveling at a high rate of speed.

The officer clocked the vehicle at 102 miles per hour before it turned onto Blackburn Lane which dead ends. The driver of the vehicle was identified as Chad Locke, 45, Lebanon, whose license was revoked. Sgt. Junior Fields was called in to assist in the investigation. A canine was deployed and indicated on the vehicle, according to an offense report filed by Sgt. Gregory.

According to the offense report, a small blue container with a crystal substance inside which field tested positive for meth and a small bag containing a leafy substance were located. A new chainsaw, two new Bushnell flashlights and a new Arrow stapler were located in the vehicle. As the investigation was taking place, a subject identified as Jerry Young or “J.D.”, 35, Watertown, who was traveling in the vehicle, received a call from a woman identified as Heidi Roberts, 30, Brush Creek. Sgt. Fields answered the call and set up a drug deal for a gram of crystal meth and five Adderall pills, according to Sgt. Fields’ offense report.