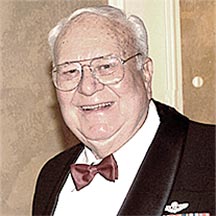 Military veteran Linden Lee Gill, 89, a Smith County native, passed away Tuesday, September 19, at his home in Knoxville. The stretch of Highway 53 from South Carthage to Gordonsville is named in honor of Gill. Born in Gordonsville, he was affectionately known as “Lindy”.

Gill spent 22 year in the U.S. Air Force as a fighter pilot, serving during the Vietnam War in 1968-69 and flying 122 combat missions in a propeller driven bomber aircraft known as the A1 Skyraider. Gill was awarded two Distinguished Flying Crosses, two Bronze Stars and five Air Medals for his service. Over the course of his 22 year career, Lindy flew thousands of flights mainly in fighter interceptors such as the F-104 and F-102. Upon his retirement from the U.S. Air Force in 1972 as a Lt. Colonel, Lindy served as city manager for the east Tennessee town of Norris.

Gill later worked as director of the Knoxville Airport, going on to found Linden Gill Company, a real estate brokerage and management company. A graduate of the University of Tennessee at Knoxville and avid follower of the school’s football and basketball teams, Gill founded the Alpha Gamma Rho campus chapter (AKSN-10) and was elected the fraternity’s first president. Gill was a member of the Ancient Order of Quiet Birdmen and the Royal Order of Jester. A celebration of life was held at the First Baptist Church Concord in Knoxville for Gill, Sunday afternoon.