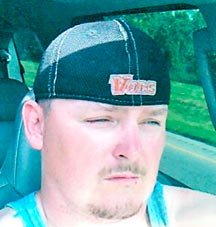 ONE KILLED IN WRECK – FATALITIES UP

Traffic fatalities in the county are up significantly in 2017. With more than two months remaining in the year, six fatalities have been recorded.

That number is up from 2016 when only two fatalities occurred. The latest fatality occurred in the early morning hours of last Tuesday, September 26, in the Dean Hill community.

Johnny L. Thomas, 43, Pleasant Shade, was killed in a single vehicle accident which occurred around 3:46 a.m.

Thomas was traveling alone in a 2014 Ford MGT on Dean Hill Road when the accident occurred.

According to investigating Tennessee Highway Patrol Trooper Jason Cobble’s accident report, Thomas’ vehicle “traveled off the right side of Dean Hill Road and struck a culvert.

The vehicle turned sideways into another culvert, causing the vehicle to overturn.”

The victim died at the scene.