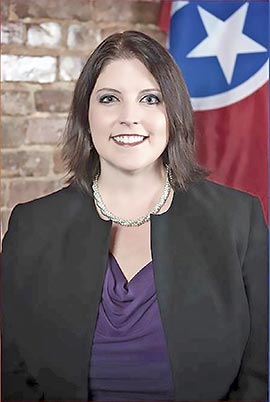 (The Smith County Democratic Party will host a meet and greet for Mary Alice Carfi on Saturday, October 21, from 10:00 a.m. to noon at the historic Smith County Courthouse. The event is informal and everyone is invited.)

Wilson County attorney and Smith County native Mary Alice Carfi announces her candidacy in the Democratic primary for the District 17 state senate seat in the upcoming Special Elections. “We need some common sense in the Senate,” Carfi said. “Republicans have held the majority since the 2010 elections. They have had ample opportunities to improve the lives of working families in our state, but instead have put party interests before improving the health care, jobs and education for our citizens.” An attorney in a solo-practice in Mt. Juliet, Carfi can relate to the issues that affect the small business owners throughout District 17, which includes Smith, Cannon, Clay, DeKalb, Macon and Wilson counties. “I understand struggles with health care costs,” Carfi said. “The Republicans missed the boat when they failed to expand Medicaid. As a result of their failure to act, the 10th rural hospital in Tennessee announced it is closing its doors.” “All of the counties in District 17, except for Wilson, are entirely rural, and if one of them lost their hospital, it would have a devastating impact not only the health care of its citizens but on that county’s economy,” she added. “This is just one example of how the failure to apply common sense to our health care issues has hurt working families in District 17 and across the state.” When it comes to jobs and the economy, Carfi noted that in five of the six counties in District 17, an average of 20.6 percent of all households receives food stamps, which is almost 4 percent higher than the state average. “We need jobs that pay a living wage, so no one who works a full-time job has to rely on public assistance to survive,” she added. “It’s sound common sense to raise the minimum wage because Tennessee’s economy runs on consumer spending. If working families struggle to pay their rent and put food on their table, then how can they afford to buy anything else?”