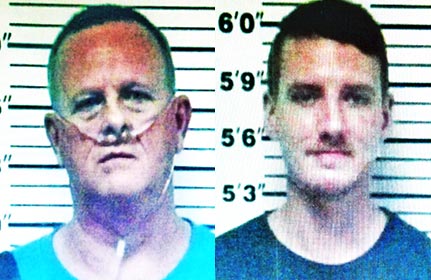 Three people face food stamp fraud charges as a result of a Fifteenth Judicial District Drug Task Force investigation. Two people were arrested last week and one person was arrested in September. Sealed indictments charging the three with food stamp fraud were returned during the August session of the grand jury.

The indictments remained sealed until the three were formally charged. Marty Dwayne Harris has been charged with three counts of food stamp fraud, possession of a schedule II drug, criminal attempt to possess a schedule II drug and obtaining prescription drugs by fraud.

The alleged incidents resulting in the charges took place in February, March and July of this year, according to the indictment. Harris was formally charged on Monday, October 9. Harris was released from the county jail on $10,000 bond. Also charged last week was Lisa Rene Rich, 55, Carthage.

Rich was charged with one count of food stamp fraud on Monday, October 9. The alleged incident occurred in February of this year, according to the indictment. Rich posted $3,500 bond and was released from the county jail.