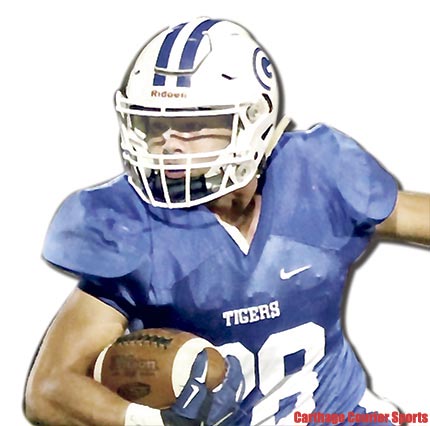 Gordonsville High football running back Braxton Givens has been selected as one of five semifinalists for the Tennessee Titans Mr. Football award in Class 1A.

The nomination comes after Givens accumulated 1,921 yards on 288 carries in the 2017 high school football regular season. The junior rusher is averaging over six yards per carry and has tallied 19 touchdowns through ten games.

Givens rushing attack helped the Gordonsville Tigers achieve a 6-4 record and go undefeated in Region 4-1A during the regular season.

The junior set a school record and placed third all-time for the most carries in a single game according to TSSAA state records with 51 carries against Clay Co. on October 27.

The three finalists for the award will be announced November 13 at 12:00 p.m. by Mike Keith, the Voice of the Titans, on www.titansonline.com.

The winner will be announced at a luncheon at Nissan Stadium Monday, November 27.