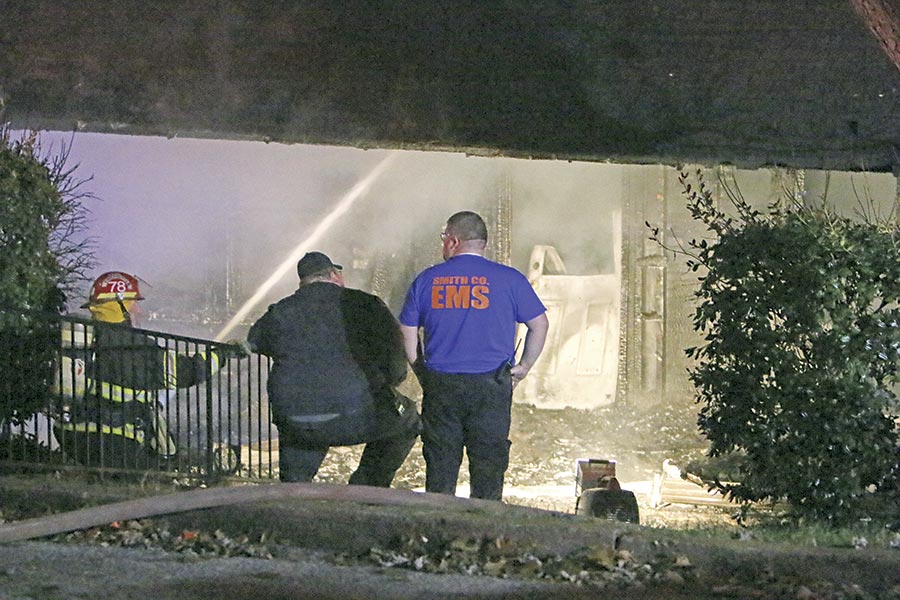 Fire heavily damaged a house at 103 Dogwood Street in Carthage, leaving it uninhabitable. The initial call received at the 911 dispatch indicated a woman and child were still in the burning home, Carthage Fire Chief Joe Hiett said. The two were later located safe outside the home, the chief said.

The front of the house was heavily damaged by fire. “It appears the fire may have started in the area of the front porch. The fire was already into the attic when we arrived.” The fire chief said flames were coming out the front windows when firemen arrived on the scene.

Shortly after arrival, firemen managed to thwart the flames, leaving much of the house smoldering. Areas of the house which were not damaged by the fire sustained smoke and water damage. There was a quick response to the call as firemen arrived on the scene approximately four minutes after the call.