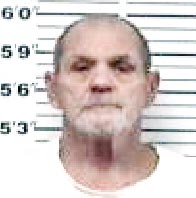 ONE INDICTED IN DRUGSTORE BURGLARY

One of three suspects wanted in connection with the 2016 burglary of a Gordonsville drug store is in the Smith County jail.

Allen Anthony King, 66, Plamer, was indicted in August on three charges in connection with the November 20 (2016) burglary of Gordonsville Drugs. The sealed indictment charges King with burglary, theft of property and vandalism.

At the time of the indictment, King was serving time in an Ohio prison. More recently, King has been serving time in the Grundy County jail (Tennessee) where he as picked up on November 9 by sheriff’s department Deputy Willie Robles and transported to Smith County.