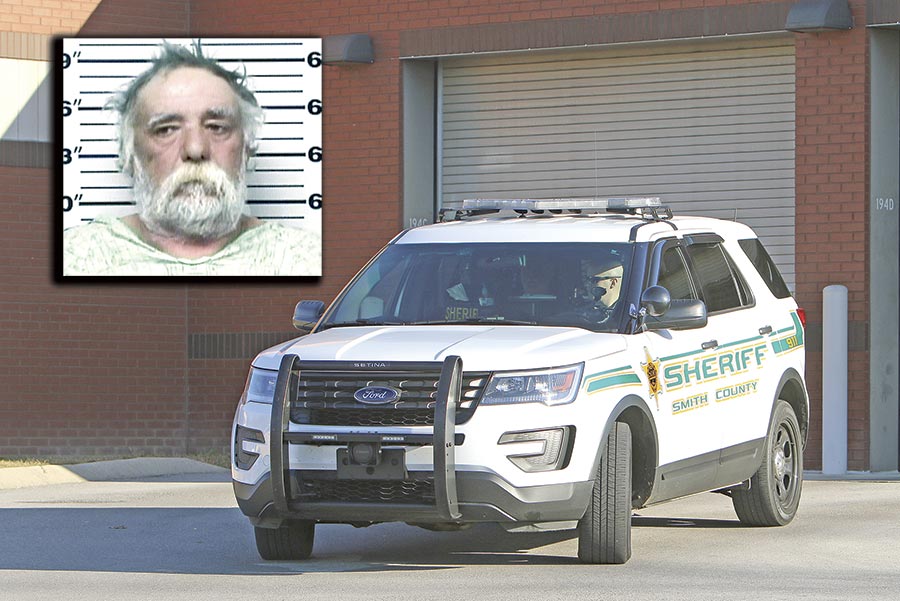 GUNMAN IN COURT THIS WEEK

A Grant area man charged with attempting to murder his stepson is scheduled to appear in general sessions court this week. After being released from Vanderbilt University Medical Center in Nashville, Stacye Lee Nash, 55, was charged with one count of criminal attempt to commit first degree murder on Sunday, November 26, the day after he went on an alleged shooting spree in the Grant area.

In his first court appearance since the shooting, Nash appeared before General Sessions Judge Michael Collins for a bond hearing on Wednesday of last week. Nash, who is being held in the Wilson County jail, was rolled into the courtroom in a wheelchair. According to the Tennessee Bureau of Investigation (TBI), Nash was struck when he fired on deputies who had been called to the scene of a “shots fired” incident on Tribble Lane on Saturday, November 25. During the hearing, Judge Collins raised Nash’s bond from $150,000 to $500,000. Nash is scheduled to appear before Judge Collins in general sessions court on Thursday.

In addition to shooting his stepson, Nash allegedly first shot his wife, Dora Nash, at the couple’s Tribble Lane residence, then walked to the nearby residence of his stepson and began firing at him and his girlfriend. The ordeal ended with Nash being injured during an exchange of gunfire with deputies. Nash and his wife were airlifted to Vanderbilt Medical Center in Nashville for treatment of their injuries. While Nash was released from Vanderbilt the day after the incident, the Courier contacted Vanderbilt University Medical Center, Monday, to see if Dora Nash had been released from the hospital, but had no response by presstime.

Dora Nash was shot in the stomach. Additional criminal charges are expected to be filed against Stacye Nash as the TBI’s investigation continues. The TBI is investigating the incident as three separate shootings.