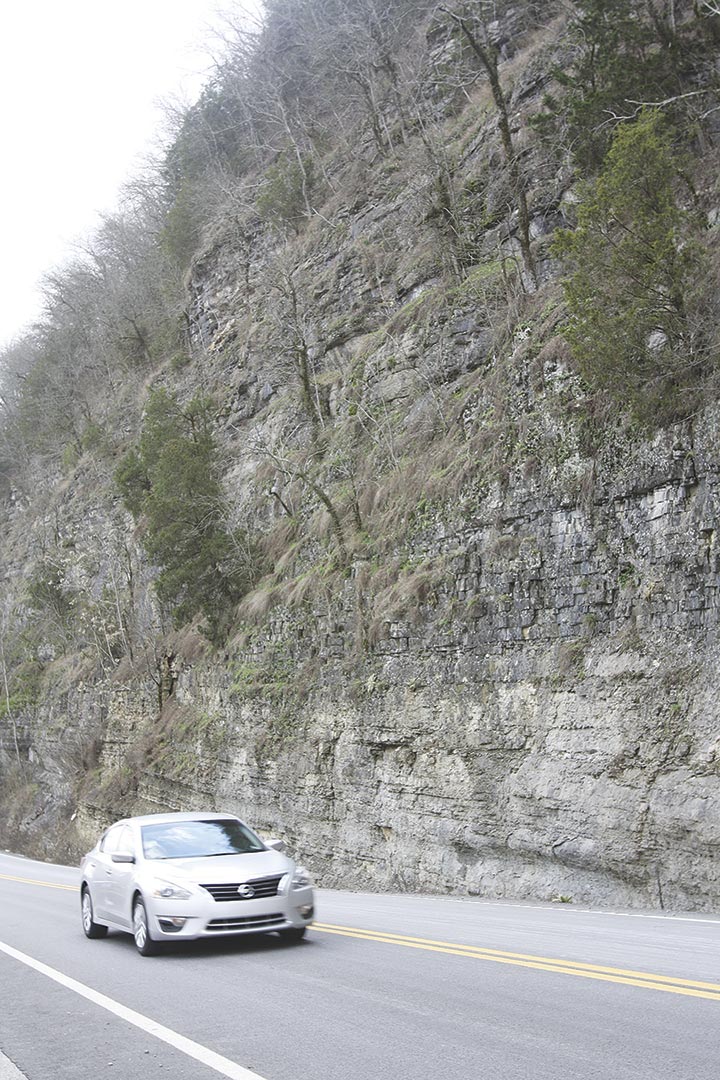 While the state transportation department’s rock mitigation project on Highway 25 west of Carthage has been the topic of many recent conversations, it’s the bluff on Highway 70 in South Carthage which will be much debated in 2018.

The state’s rock mitigation project for the bluff on the south end of the Cordell Hull Bridge continues to move forward.

Officials say the project will require a temporary closing of Highway 70 west of the Cordell Hull bridge, requiring a detour.

State surveyors have been working in the area in recent weeks.

There is speculation the project could be let for bids by the transportation department as soon as next year.

The cost of the project is estimated by the state at $6 million.

Funding for the project is available or will become available as the approval of the “Improve Act” or tax increase on fuel was approved earlier this year by state legislators.