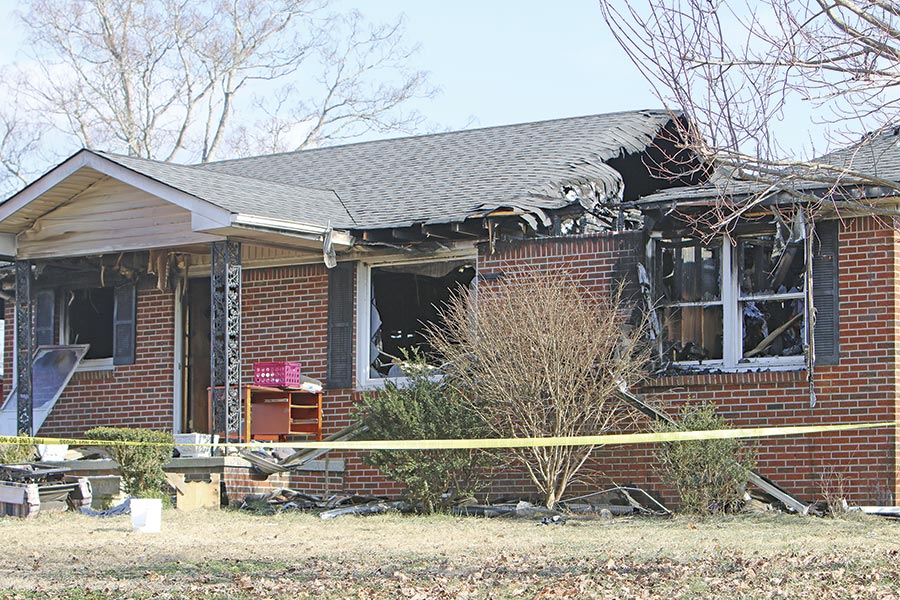 The community is rallying around a Pea Ridge Road family of eight who lost their home and possessions in a New Year’s Day fire. In addition to the house, most all belongings were destroyed in the fire which started around 9 a.m. Flames and heavy smoke were coming from the house, located at 428 Pea Ridge Road, when firemen arrived on the scene.

Kevin Robinson, his wife and six children lived at the residence. No injuries were reported from the fire. The cause of the fire is unclear.

The fire was first discovered in the area of a utility room, quickly spreading to a carport and into the attic, Forks River Fire Chief Tim Maynard said. With last week’s unusually extreme cold spell, firemen had to endure temperatures well below freezing.

Chief Maynard said in some cases nozzles froze up and water used to battle the blaze running across Pea Ridge Road froze, making the roadway hazardous.