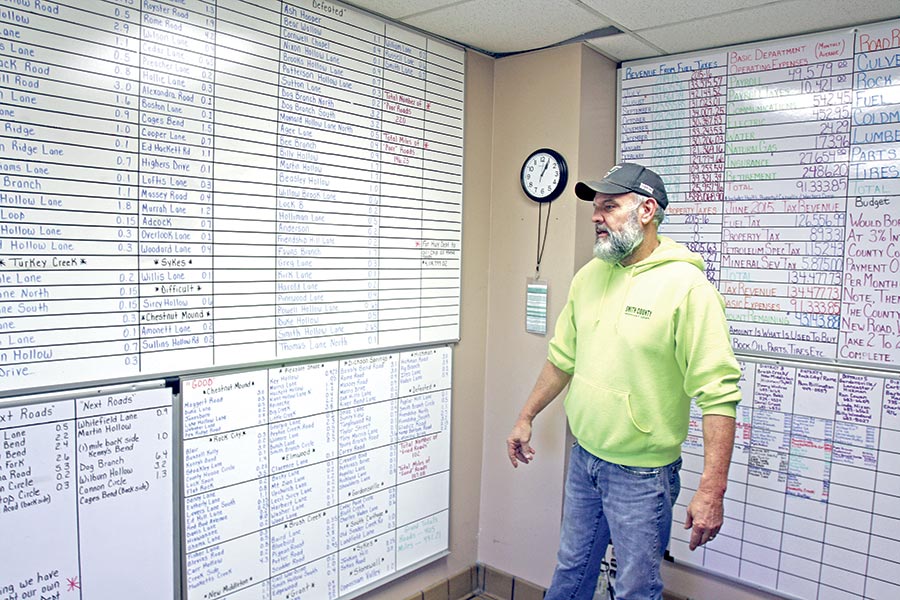 Last year’s passage of Governor Bill Haslam’s Improve Act, which resulted in an increase in the state’s fuel tax, means thousands of dollars in additional funds for the county road department. The additional funds have allowed the county highway department to increase the number of county road resurfacing projects, Road Superintendent Steve Coble says. The road superintendent estimates the Improve Act will result in $350,000 in additional revenue for the county highway department during the 2017-2018 fiscal year.

Since the Improve Act calls for the fuel tax increase to be phased-in, the county is expected to receive even greater funding during the next two years. Additional revenue received by the county as a result of the Improve Act is expected to increase to approximately $450,000 for the 2018-2019 fiscal year budget and $550,000 for the 2019-2020 fiscal year budget, Coble says. Revenue collected by the state’s fuel tax is dispensed to counties using a specific formula. The state receives 50 percent of the taxes collected, while the other 50 percent is divided among the state’s 95 counties. The formula used to determine how much each county receives is based on county population and county road miles, Coble said.