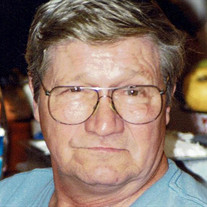 Curtis was born January 11, 1944 in Pigeon Roost, TN, son of the late Howard Curtis Green and Mildred Wilkerson. He was also preceded in death by Brothers; Ralph Green and Larry Green and Granddaughter; Charity Williams. He started working for William L. Bonnell Company in Gordonsville, TN when it opened in 1969 and continued working there until his retirement. Mr. Green was an avid hunter and will be remembered as a good husband and father.

Funeral Services for Mr. Green are scheduled to be conducted from the Gordonsville Chapel of Bass Funeral Homes on Monday, January 22, 2018 at 1PM with Bro. Ray Gilder and Bro. Tim Bennett officiating. Interment will follow in the Brush Creek Memorial Gardens.

Visitation with the Green family will be held at the Gordonsville Chapel of Bass Funeral Homes on Sunday from 1PM until 8PM and again on Monday from 11AM until the time of the service at 1PM.