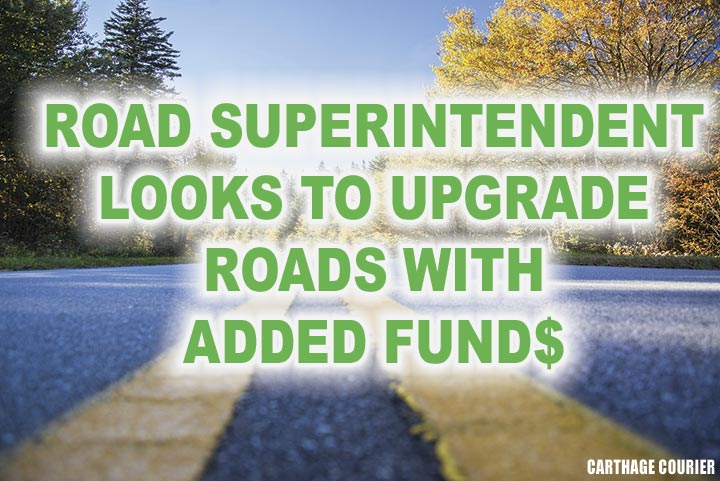 Approximately half of county roads could be classified as being in “poor” condition, according to Road Superintendent Steve Coble standards. The road superintendent says until last year’s approval of the Improve Act by the General Assembly, funds to upgrading county roads were minimal, curtailing road resurfacing projects by the county highway department. During the past seven years, Coble said he has only been able to tar and chip 102 county roads. Since the county highway department began receiving additional funds through the Improve Act last fall, fourteen county roads and portions of three others have been resurfaced.

With the additional funding received by the county through the state’s Improve Act, Coble says he will be able to make significant improvements to the county’s road system. New funds received by the county highway department from the Improve Act are designated for road resurfacing projects, meaning more county roads will be tarred and chipped and at a faster rate than in years past. The road superintendent recently rated all county roads into three categories including poor, fair and good. The county owns and maintains a total of 405 roads, covering approximately 441 miles.

Of the total number of roads, Coble labels 220 roads, covering 196.23 miles, as being in poor condition. To upgrade all poor roads to good would cost approximately $4.1 million. The road superintendent rated 83 roads or 137.9 miles of county roadway as fair. The cost to upgrade those roads from fair to good would cost an estimated $2.8 million