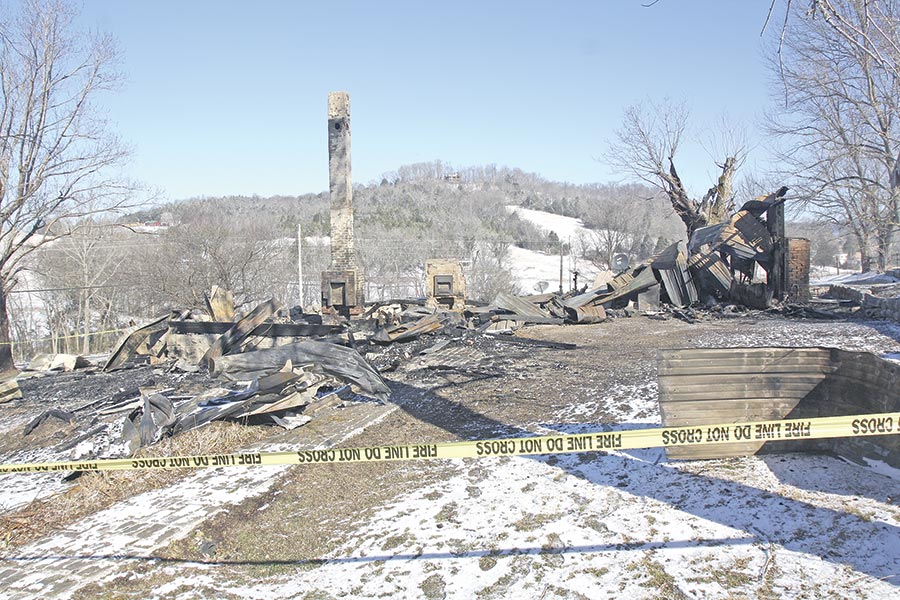 With January’s below freezing temperatures, there has been an upsurge in house fires. Since January 1 three families have lost their homes to fires. The latest fire destroyed a house in Stonewall community on Tuesday (January 16).

Known as the Bellar family residence, the house was located at 1 Pea Ridge Road. Firemen from Forks River, Central District and Gordonsville fire departments were dispatched to the blaze which was reported at 10:30 a.m.

A resident of the home reported hearing a “pop” at the electrical breaker box and “the house began filling with smoke”. Flames were spotted coming from the eves of the house when firemen arrived on the scene.

The house and its contents were consumed by the fire. Firemen had to battle hazardous road conditions to reach the blaze. Light snow was falling and the temperature was well below freezing. The house was rental property.

Firemen were on the scene battling the blaze for more than three hours. The cause of the blaze is under investigation.