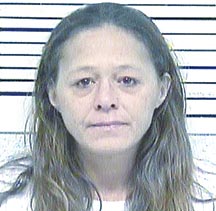 A woman faces vehicular assault charges after allegedly driving under the influence and causing a crash which seriously injured two people.

Barnes was charged in connection with the case on Friday, January 19.

In addition to vehicular assault, Barnes has been charged with driving under the influence (fourth offense), failure to exercise due care, driving on revoked license (first offense) and altering or forging title or plates.