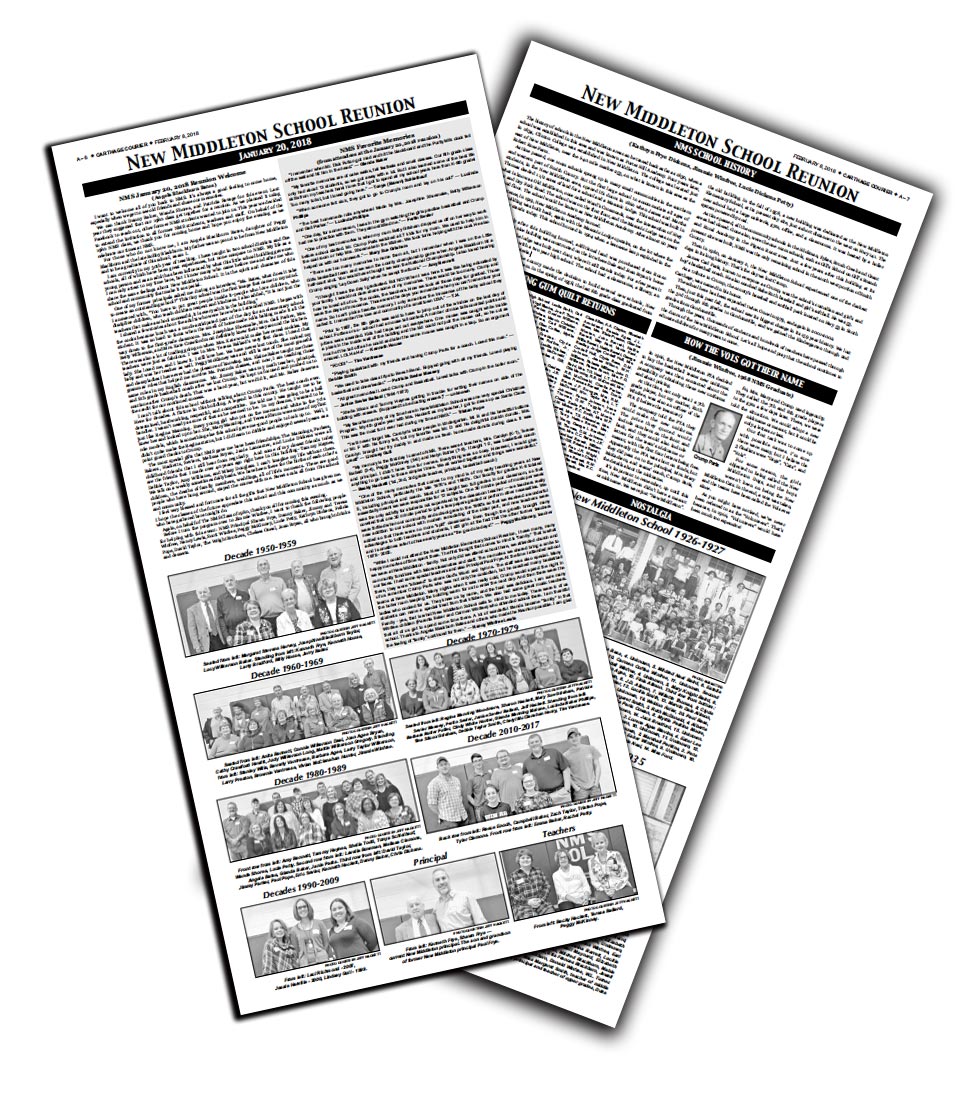 As time passed, one room schools sprang up in many small communities in the southern and western part of Smith County. But the first large school to accommodate all ages of students, in the New Middleton area, opened it’s doors in 1860 when James and Martha Thomas deeded 1 1/2 acres of land for a school and a Masonic Lodge. This school was built in what is know as Old Middleton, once called Ward’s Crossroads, near the intersection of Hwy 141 and Dry Fork Road.

This school burned in 1924 when a kerosene lamp exploded in the Lodge Hall. Immediately after this building burned, additional land was purchased from Rosco Lancaster, and a nice building was constructed on the lot where Dale and Joan Bryan’s home now stands, and the lodge was built next door, where it still stands today.

For a few years it served the students with a two year high school. The school had 4 classrooms, a library, an auditorium, and a cafeteria.