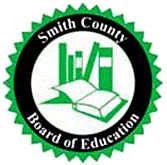 The school board’s debate on the purchase of land for the future site of a new school in Gordonsville will continue into March. During a February workshop held to discuss two parcels of land in Gordonsville (one of which the school board is looking to acquire), school board member Tommy Manning said he felt a decision should be made as soon the board’s regularly scheduled monthly meeting which was held on Tuesday, February 20. During last Tuesday’s meeting, school board members delayed committing to purchasing either of two tracts of land and both remain on the table.

Board members are attempting to learn more about stipulations on what is referred to as the Rose property, a tract of land located on Hickman Highway/Highway 264 which John Rose is looking to donate to the school system. During last Tuesday night’s meeting, school board members were presented with four options. One option included exercising the option on the Preston Property. A second was to enter a contingency contract on the Rose property. A third option was consider both properties. A fourth option was to take no action. During the meeting, board members voted to enter a contingency contract on the Rose property. Also, the option on the Preston property does not expire until March 19. School officials are attempting to set up a special meeting with John Rose to learn more specifics about the stipulations connected to the land donation. More specifically, school board members would like Rose’s definition of a “full campus” high school.

The board is looking to set a special called meeting in March in hopes of meeting with Rose. Tracts of land: The board has an option to purchase agreement on 27.81 acres of land known as the Preston Family property on Trousdale Ferry Pike. The board has been eying the property since June of last year.