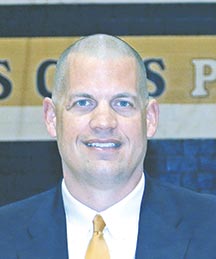 The Smith County High School Lady Owls basketball program will be seeking a new head coach this offseason following the resignation of former head coach Scott Moore. “I want to sincerely thank the administration who gave me the opportunity to coach and mentor these young ladies over the past three years as their head coach,” said Moore. The 1995 Smith Co. High graduate’s three seasons coaching the Lady Owls began in the 2015-2016 season after being hired in June of 2015.

His team went 18-13 and advanced to the region quarterfinals. The former Owl basketball star had his best season as a head coach in the 2016-2017 campaign. The Lady Owls reached the District 8AA championship game. After falling to Macon Co. in the championship battle, Smith Co. won their next game to advance into the Region 4AA semifinals where they fell to Macon Co. again. Moore mentored the squad to a 24-7 record — one of the best in the program’s history. The 2017-2018 season saw the Lady Owls struggle as they ended the year with a 9-20 record.