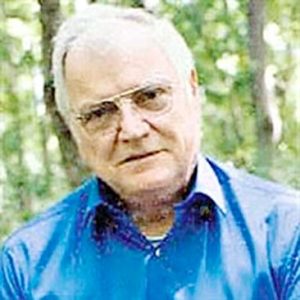 Claude was born Sunday, November 7, 1943 at his parents’ home in the Buffalo Valley Community. He was one of four children born to the late Johnnie Henry Woods and Sadie Louise Bennett Woods. He was also preceded in death by a Brother; David Wilson Woods.

He attended Clubb Springs School and Gordonsville High School before getting his GED in 1987.

On April 2, 1966 Claude was united in marriage to the former Jo Carolyn Gentry at the home of her parents in South Carthage, TN, by Bro. Phocian Gibbs. Carolyn preceded him in death in May of 2005 after 39 years of marriage.

In 1969, he began working for Cowin and Company, sinking the first mine shaft in Elmwood for the local zinc mine company (which has had many names since). This began a lifelong love of mining that lasted over 40 years until his retirement in 2012. Even after retirement he enjoyed talking mining with his former co-workers, especially his son and grandson.

Over the years, Claude developed many hobbies. He had a love of the outdoors, especially hunting and fishing. He enojoyed farming, wood working, and raising a garden every year. He loved “tinkering” with just about anything.

Funeral Services for Mr. Woods are scheduled to be conducted from the Gordonsville Chapel of Bass Funeral Homes on Friday, March 2, 2018 at 1PM with Bro. Jimmy Gregory officiating. Interment will follow in the Gordonsville Cemetery.

Visitation with the Woods family will be held at the Gordonsville Chapel of Bass Funeral Homes on Thursday from 11AM until 8PM and again on Friday from 10AM until the time of the service at 1PM.

The Woods family requests memorials in Mr. Claude’s memory be made to St. Jude’s Children Hospital.