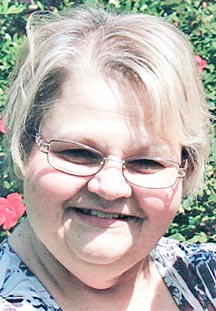 Mrs. Sandy Williams, of Gallatin and a longtime resident of the Defeated Creek community, died at 4:48 a.m. Friday morning, March 2, 2018, at the age of 62 at the UAB Birmingham Medical Center. She had been awaiting a liver transplant for almost a year.

Monday afternoon, March 5th funeral services from the Carthage Chapel of Sanderson Funeral Home were conducted by her former pastors, Eld. Ronnie Harrison and his son, Eld. Kevin Harrison. Following the 1 p.m. services, burial was near her father in the Cedar Grove Cemetery in Lebanon.

Sandy was born on her father’s birthday January 10, 1956. One of seven children, she was the daughter of Lebanon native Mrs. Patsy Ann Taylor Kemp of Lebanon and Cartwright community native the late Bobby Lee Kemp Sr., who died at the age of 83 on March 17, 2016.

At the Defeated Creek Missionary Baptist Church on June 25, 1975 she was united in marriage to Defeated Creek community native Mark Steven Williams. The ceremony was officiated by then pastor Eld. James “Pete” Porter.

An outgoing person with a quick wit and keen sense of humor, she made friends easily and was totally devoted to loving her family.

Mrs. Williams was employed for many years at the Smith County Bank and before she and her husband moved from the Defeated Creek community to Gallatin in 2010, she was an educational assistant at the Defeated Creek Elementary School.

She was an accomplished pianist and for many years played for the worship services at the Defeated Creek Missionary Baptist Church in the Difficult community where she was saved at the age of 11 in 1967 under the pastorate of the late Eld. Arnett Gregory and was baptized into the full fellowship of the church. Sandy poured her heart and love into teaching piano lessons and also played for many weddings and funerals.

Mrs. Williams was a 1974 graduate of the Smith County High School.

The family requests memorials to the Tennessee Donor Services.