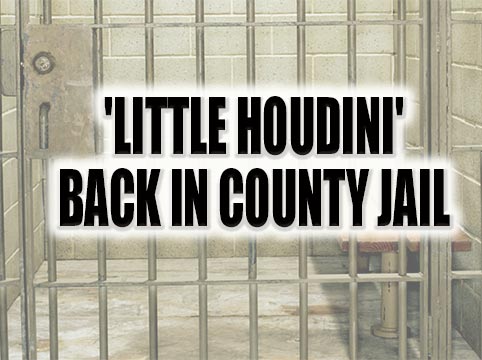 ‘LITTLE HOUDINI’ BACK IN COUNTY JAIL

A man wanted in connection with a high dollar theft is in the county jail. Christopher Gay, 44, Sumner County, is being held without bond on a charge of theft over $10,000. Police allege Gay took a front-end loader belonging to Four-Way Inn resident Ted Kemp.

When the incident occurred, the front-end loader was parked near the Intersection of Highway 80 and Highway 25 in the Tanglewood community in March of 2017. Last fall, Gay was arrested in Sumner County where he was wanted on similar charges in that county.

Gay is to appear in general sessions court on March 15. According to media reports, Gay was also wanted in Christian County, Kentucky and Scott County, Iowa. The two counties have placed a hold on Gay.

Gay will be released to those two counties when local charges have been settled. Gay is known by law enforcement as “Little Houdini”.