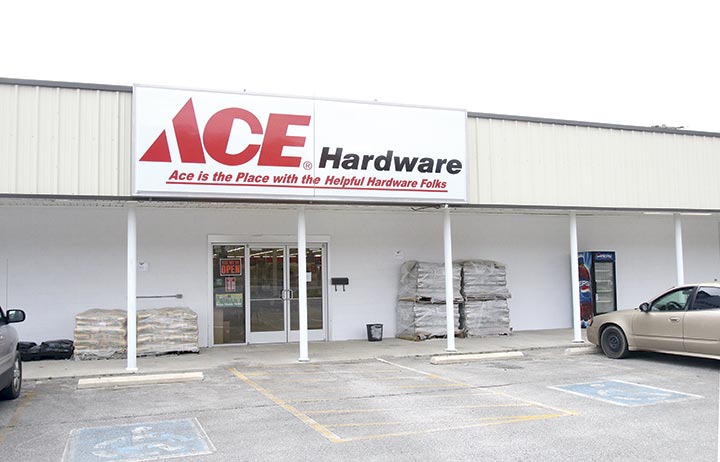 A new Ace Hardware store has opened. The store is located in the former Tennplasco building on Industrial Drive in Carthage. The project was announced in November of last year. Since then renovation and stocking have taken place. The 9,300 square feet store opened on March 2 and employs six people. Ace is open from 7 a.m. until 7 p.m., Monday through Saturday and from 10 a.m. until 5 p.m. on Sunday.

The store can be reached at 615-588-1900. The new store was developed by Melvin Grace, a Hermitage Springs developer. Grace also owns Ace Hardware stores in Lafayette in Tennessee and in the towns of Scottsville and Edmonton in Kentucky.

The renovated space one time housed Dollar City which was owned by Grace. In addition to the Tennplasco, the Grace family owns the neighboring Save-A-Lot store which was developed approximately 30 years ago. Grace, who owns a number of retail businesses, has owned the former Tennplasco property for several years.