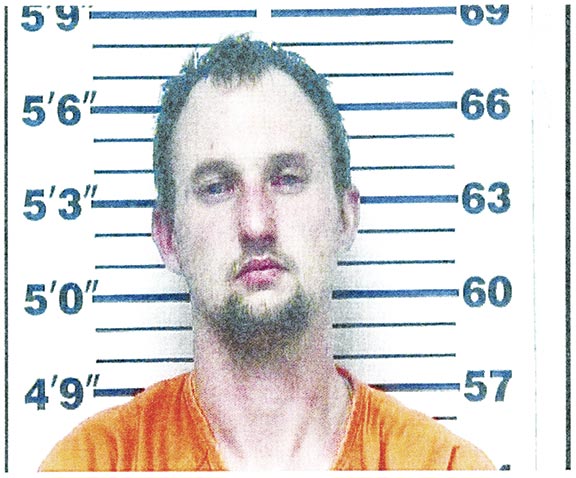 A man faces a host of charges following a bizarre incident in the Pleasant Shade community in which a man allegedly stole a pickup truck, leading police on a two county pursuit. In addition to county and state roadways in Smith and Macon counties, the man traveled through at least one yard and through various fields with the police in pursuit.

Eventually, the vehicle in which the male subject was traveling became stuck in a field, leading to his apprehension. After the apprehension, James David Throgmorton, 27, Nashville, was charged with evading arrest, theft of property, vandalism, reckless endangerment, aggravated assault, possession of a controlled substance and driving on revoked license. Throgmorton is being held in the county jail under $260,000 bond.