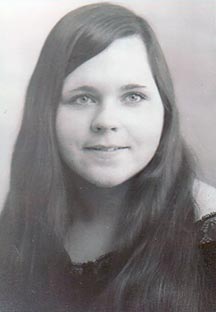 Mrs. Barbara Sanders, a homemaker of the Rome Community, died peacefully Thursday evening April 5, 2018 on the date of her 43rd anniversary at the Lebanon Health and Rehabilitation Center with her family at her bedside. The 64 year old wife, mother, grandmother and sister had been a resident since April 19th of 2016.

Her pastor Bro. Wayne Malone officiated at the 1 p.m. Saturday afternoon April 7th funeral services from the Carthage Chapel of Sanderson Funeral Home assisted by her former pastor Bro. Mike Shelby of Lebanon. Burial will be in the Bethlehem Cemetery at Tuckers Cross Roads.

A sister, Annette Hawkins Merritte preceded her in death at the age of 52 on January 25, 2011.

On April 5, 1975 at the home of Mrs. Sanders parents she was united in marriage by her uncle, United Methodist pastor the late Comer McGuire to Rome Community native Donnie Newell Sanders.

They were preceded in death by two daughters, Stacey Renea Sanders who died at birth on October 20, 1976 and by another daughter, Ashley Nichole Sanders who died as the result of a single car auto accident in Wilson County on May 13, 2012 at the age of 28.

Mrs. Sanders was a member of the Rome Baptist Church and was a 1972 graduate of Smith County High School.

In addition to her husband of forty three years she is survived by another daughter, Amy Sanders Plumlee and husband Kevin of the Rome Community; sister, Paulette Plumlee and husband Ronnie of Lebanon; three grandchildren, Kailey and twins Knox & Ky Plumlee.