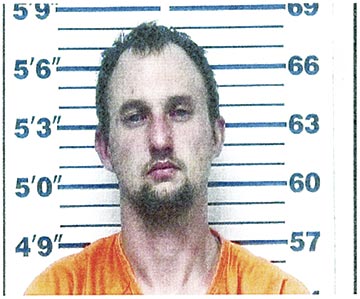 A Nashville man has been indicted for attempting to set a barn on fire in the Pleasant Shade community.

James David Throgmorton, 27, was indicted for reckless burning by the grand jury which met on April 2.

Throgmorton, who has been released on bond, appeared in criminal court for arraignment on the charge Friday.

Throgmorton also faces additional charges in general sessions court in connection with a bizarre incident which occurred in the Pleasant Shade area on March 9.

Throgmorton allegedly set a fire at a barn, stole a pickup truck and led police on a two county pursuit.

The incident began around 3 p.m., on a Friday, when sheriff’s department officers were dispatched to a suspicious structure (barn) fire at 3 Little Creek Road.