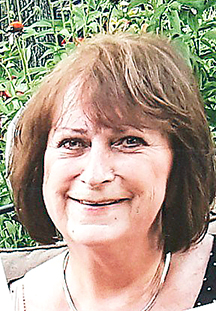 Ms. Charlotte Sasser, age 62, a homemaker of the Turkey Creek Community, died at 11:07 a.m. Saturday morning April 21, 2018 at the Tri-Star Centennial Medical Center in Nashville where she was admitted April 17th being treated for cancer.

Funeral services from the Carthage Chapel of Sanderson Funeral Home were conducted by Eric Phillips on Wednesday afternoon April 25th at 1 p.m.

Mrs. Sasser will be cremated at Cumberland Family Services in Algood following the funeral services.

Ms. Sasser was a 1972 graduate of the McGavock High School in Donelson.

Ms. Sasser was of the United Methodist faith.

The Sasser family requests memorials to the Jordan Hackett Foundation.