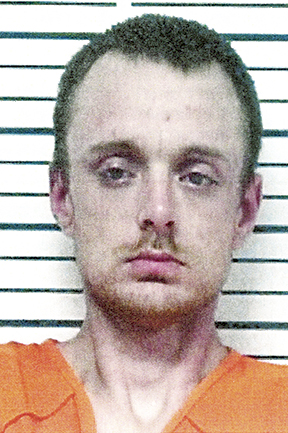 A man faces theft charges after stealing a tanker truck and a pickup truck during a crime spree.

The incident occurred on Monday of last week when Tennessee Highway Patrol Trooper Danielle Neal received a call a tanker truck was spraying water across both lanes of travel, traveling east bound on Interstate 40.

According to the trooper’s report, “Upon making contact with the tanker truck, east bound, on Interstate 40, the subject jumped out of the tanker and fled on foot past 122 Stewarts Bend Lane.”

The trooper learned the truck had been stolen from a construction site at the 252 mile marker, east bound, and belonged to Vulcan Construction.

A short time later, Trooper Neal was dispatched to an accident involving a stolen pickup truck near Interstate 40. According to Trooper Neal’s report, “She arrived on the scene with the sheriff’s department at a crash site which involved a stolen vehicle.

Owner Steve Davis stated the truck was stolen from his residence. Mr. Charles Maxwell was stuck inside the wrecked vehicle.”