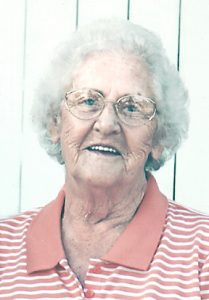 Defeated Creek Community homemaker Mrs. Carolyn Clay died at 2:30 p.m. Saturday afternoon April 28, 2018 at the Riverview Regional Medical Center where she was admitted April 26th following a period of declining health. She was 82.

Following the 1 p.m. services burial was beside her husband in the Garden of the Cross at Defeated Creek Memorial Gardens.

The daughter of the late Jim Campbell Harrison and Annie Glenn Plumlee Harrison, she was one of five children and was born Carolyn Ramona Harrison in Lebanon on March 22, 1936.

She was reared in the Flatrock Community and “Flatrock” was the nickname given her by her husband and as she was lovingly referred to and known by her friends in the Defeated Creek Community.

Mrs. Clay and her future husband were both 1954 graduates of Smith County High School.

She was united in marriage in Corinth, Mississippi to Difficult Community native Billy Joe Clay who preceded her in death on March 12, 2013 at the age of 76. The December 23, 1955 ceremony was performed by Judge Lyle Taylor.

Mrs. Clay was a member of the Defeated Creek Missionary Baptist Church in the Difficult Community.