UPDATE – The suspect, Alain Benitez, has been taken into custody in Wilson County. More details to come.

NASHVILLE – The Tennessee Bureau of Investigation has a new addition to the state’s Top 10 Most Wanted list, Alain Benitez of Smith County.

Alain Benitez is wanted by the Smith County Sheriff’s Department and the Tennessee Bureau of Investigation on a charge of Aggravated Assault. He should be considered armed and dangerous.

Benitez is an 18-year-old Hispanic male with black hair and brown eyes. He’s 5’10” and weighs 180 pounds. He is believed to be in or around the Wilson County area.

There is a reward of up to $2,500 being offered for information leading to his arrest.

More on this story as it becomes available. 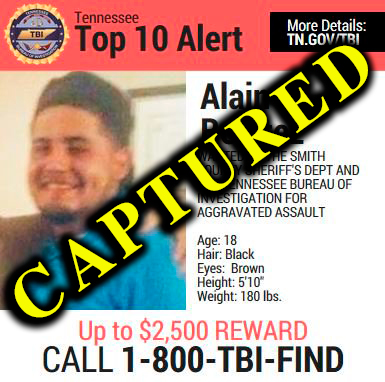