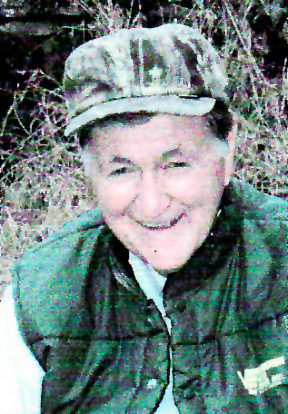 A farmer, educator, philosophizer and southern country gentleman has died at the age of 87 following a debilitating stroke suffered Friday morning April 20th at his Southern Cross Farm home in the Billy Hollow, where he was born October 21, 1930, reared his family and was laid to rest.

Mack Holliman succumbed to his illness at the Macon County General Hospital where he was pronounced dead at 9:33 a.m. Thursday morning May 17, 2018 after being transported there from the Knollwood Manor in Lafayette where he had been cared for since Friday May 4th.

Funeral services from the Hackett Chapel of Sanderson Funeral Home were conducted on Sunday afternoon May 20th before an overflow crowd. Larry Cole and Mr. Holliman’s longtime friend and Billy Hollow neighbor Charles Reece officiated at the 3 p.m. services. Burial followed in the Holliman Family Cemetery in the Billy Hollow within sight of his 1872 Century Farm home where Mr. Holliman was born and raised.

On May 14, 1949 in Athens, Alabama Mr. Holliman was united in marriage to Whites Creek Community native, the former Dorothy May Gupton.

They were preceded in death by a great-grandson, Easton Jedediah Goad who died at the age of one year on March 1, 2015.

Also preceding them in death was a son-n-law, Patrick Allison “Pat” Dyer who died on Saturday morning March 25, 2016 at the age of 63.

Mr. Holliman believed the country would always need farmers because of their desire to protect and preserve the land from which they made their livings. He never saw anything baling wire or binder twine could not fix, at least until that particular job was completed.

Mr. Holliman was a 1947 graduate of Smith County High School where he was vice president of his sophomore class, was a member of the F.F.A., the science club, Latin club,

Commercial club and was a member of the Black & Gold staff his junior year. There are only two surviving male members of the class of 1947, Walter Glenn Birdwell Jr. and A. B. McCall.

Following graduation he attended the George Peabody College in Nashville.

He was a member of the Richmonds Chapel Church of Christ in Jackson County and one event he looked forward to every year was in July attending the Jackson-Smith Youth Camp in Holland, Kentucky where Church of Christ youth spent a week in fellowship, bible teaching, good food and recreation.

Here was where he cherished sitting on the long front porch of the lodge in a rocking chair, sharing wisdom of his years of life with the young people attending the camp and spinning yarns about the joys of life, the importance of the Lord and family.

His favorite saying when church members would complain about noise from children crying in the worship services, “if babies ain’t a crying the church is dying.”

To know Mr. Holliman was to love him and his positive outlook he always had on life.

In addition to being active on the family farm he retired as an educator with the Macon County School System.

At the age of 24 he was elected as president of the Smith County Farm Bureau.

In addition to his farm and teaching duties he owned and operated the Mack Holliman Auction Co. in the early 70’s and later would establish the First Tennessee Reality and Auction Co. in Carthage which he late sold to June McKinney, Linda Paschal and Mike Goad.

The Holliman family has requested memorials to either the Jackson-Smith Youth Camp or the Taylor Christian Camp.