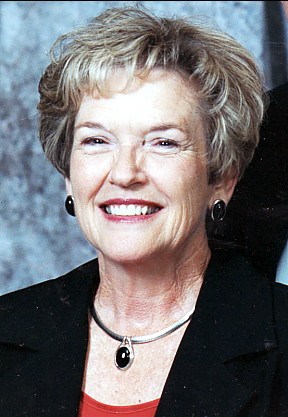 Turkey Creek Community homemaker and former Smith County High School office secretary, Mrs. Cristol Hughes, died peacefully Sunday morning May 27th at the age of 73 at the Concordia Health and Rehabilitation Center in Carthage May 18th where she was admitted from the Pavilion in South Carthage following a long illness of alzheimers.

Funeral services were conducted on Tuesday afternoon May 29th at 3 p.m. from the Carthage Chapel of Sanderson Funeral Home with her nephew Bro. Beau Beechboard and Eld. James “Pee Wee” Massey officiating. Burial followed beside her late husband in the Garden of Gethsemane at Smith County Memorial Gardens.

She was a 1962 graduate of Smith County High School where it was said of her in the year book “Manners, not gold, is woman’s best adornment.” She majored in business education and home economics and an unprecedented accomplishment was she served as class president all four years of high school, her senior year was voted most popular student in ’62 along with Raymond Allen Smith, was a member of the beta club, a cheerleader serving as captain her senior year, was also FFA sweetheart and Miss Home Economics her senior year and was a member of the “C” club among many other accomplishments.

In 1963 she became secretary to then principal Ervin Smith and was employed there until 1970 when she began employment at the Smith County office of the Tennessee Department of Human Services.

Following retirement she worked for a period at the Smith County Library with then librarian Pat Kittrell Bush.

She was a charter member of the Calvary Missionary Baptist Church in South Carthage.

The family requests memorials to the Smith County Public Library or Alzheimers Tennessee.