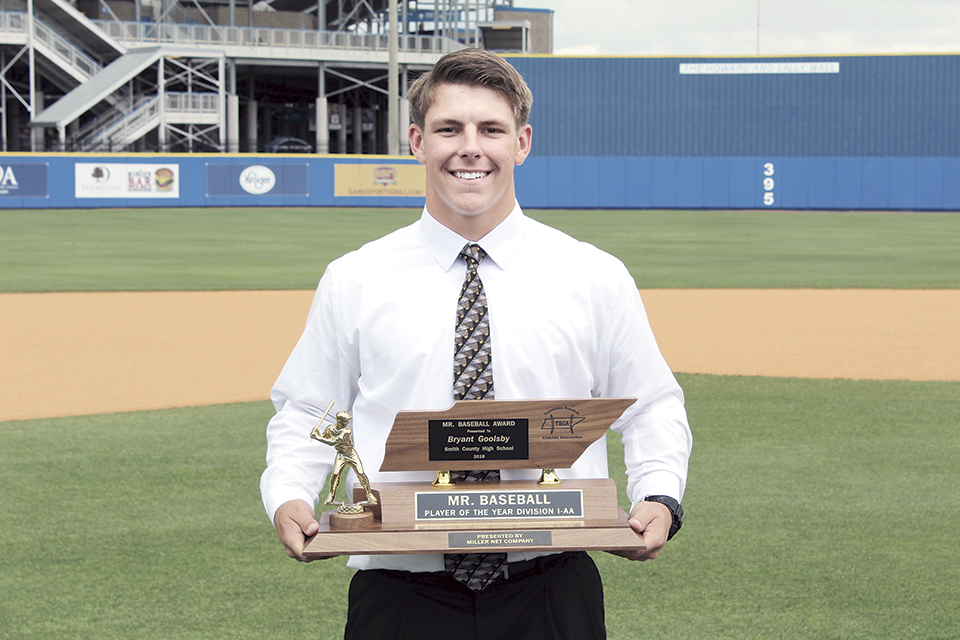 By the end of the presentation, Goolsby was hoisting new hardware as the 2018 TBCA Class AA Mr. Baseball — much to the satisfaction of the large contingent of Owls fans, players and coaches who made the trip to Middle Tennessee State University’s Reese Smith Jr. Field. Goolsby described how it felt sitting through the ceremony and hearing his name called.

“Whenever he was just naming off all the other candidates, I was just thinking that I was one of three to be considered one of the best in the state,” said Goolsby.

“When he called my name, it was just very honorable and all glory was to God just for being here and winning it especially. That is really what went through my mind when he said it, Thank you Lord.”