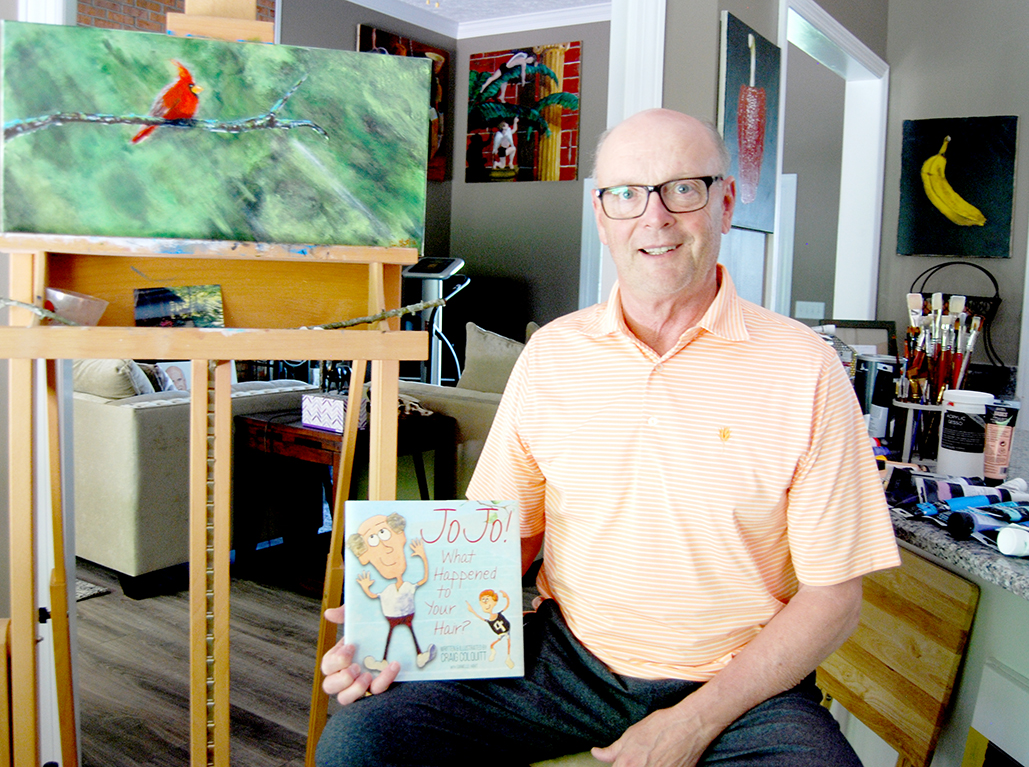 Grandkids say the darndest things. And Craig Colquitt, who, like some other male babyboomers, sports a “follicle-challenged” head, is glad they do. After one of his nine grandchildren quizzed him about his appearance, he pondered the question and has responded in a most delightful way — with a children’s book he wrote and illustrated. The former University of Tennessee and Pittsburgh Steelers punter shares the comment that gave him his inspiration.

“Nash, who was 4 at the time, was playing with Legos, and I was walking across the room to get a cup of coffee. Out of the blue, he said, ‘JoJo, what happened to your hair?’ It’s not wonderful losing my hair, but a light went off in my head,” said Colquitt, who has called Lebanon his home for the past four years.