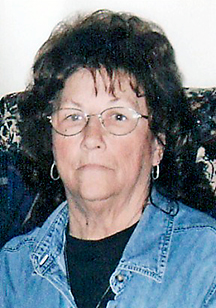 Mrs. Hilda Robertson, age 78, of Gordonsville died at 10:38 a.m. Tuesday morning May 29, 2018 at the Tri-Star Summit Medical Center in Hermitage where she was being treated for kidney disease.

Graveside services were conducted Thursday afternoon May 31st at 1 p.m. Burial followed in Section 5 at the Ridgewood Cemetery in Carthage.

One of seven children born to the late Robert Lynch and Joyce Martin Lynch, she was born Hilda Rose Lynch June 8, 1940 in Nashville.

A sister preceded her in death, Carolyn Kimmons and two brothers, Dwight Lynch and Roger Pinson.

In Nashville on November 29, 1958 she was united in marriage Carthage native Charles Ray Robertson.

Mrs. Robertson was saved and baptized into the full fellowship of the Woodlawn Baptist Church in Nashville where she maintained her membership.

During her career she was employed at both at the Texas Boot factory in Carthage and later at the Lux Time Division of Robertshaw Industries also in Carthage.